Do you remember my pink geometrical nail art I showed you in the beginning of the United in Pink? After I had tried Pink Dazzle I thought that it could look cool to use that in the same type of nail art. And since it's pink I figured that I might as well would show it during this week, even though it's a it of a replay.

This time all four nails was included and I started off with the black lines and then filled in th glitter where it should be.  I think this looked cool too, but I must say I liked the other glitter better for this combination at least. If the base would have been black this might have looked a bit better. Not the best photos either, but we'll just have to live with that! :) 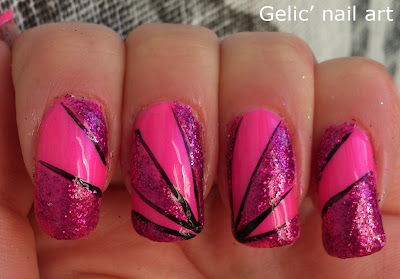 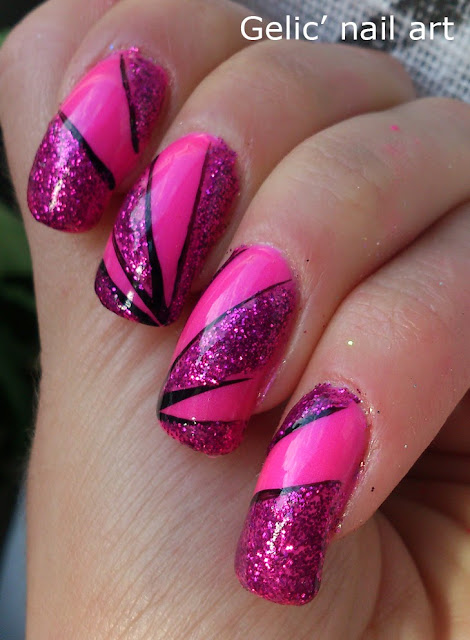 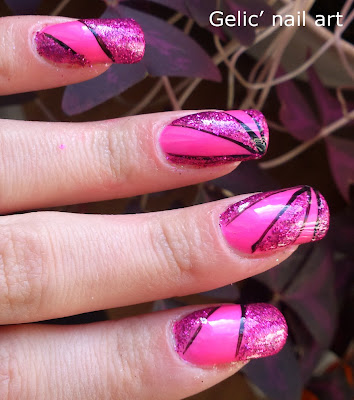 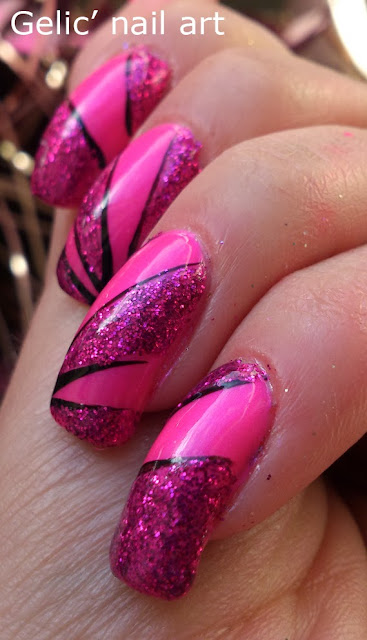 Did you like this version or the previous one best? 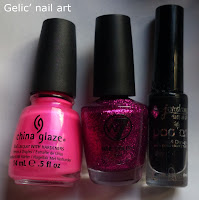