Today I have a two for one post, both the first Nail Challenge Collaborative post with the theme Pets and the 3rd day for the 31 day challenge which is yellow. So it will be long..

I asked a friend about this nail art, about what animal she saw. She responded "cat! ..or tiger, but definitely more cat ". So with that I'll stick with that and let's see this as cats. It reminds me of a stuffed animal cat, with the eyes like that.What do you think?

About cats as pets, I've never had one of my own, my parents don't like them and when I grew up kids in school which had cats had scratch marks all over their arms. When I asked why, they said that it was like that having a cat. If you play with it, it might scratch you. So I got skeptical towards cats, it was first after I met my boyfriend who laughed at me when I told him why I was so distant from his fathers cat. Then he explained that a cat would only scratch you if you treat them wrong and oh how much I've cuddled with his fathers cat since then. :) I'm also open towards getting a cat, me and my boyfriend have a dog, which I adore, but we both would like a cat some day too. <3

Anyhow, not much to say about the nail art itself. Just freehand and some dots and stripes. Not my fav animal nail art, but still okay. 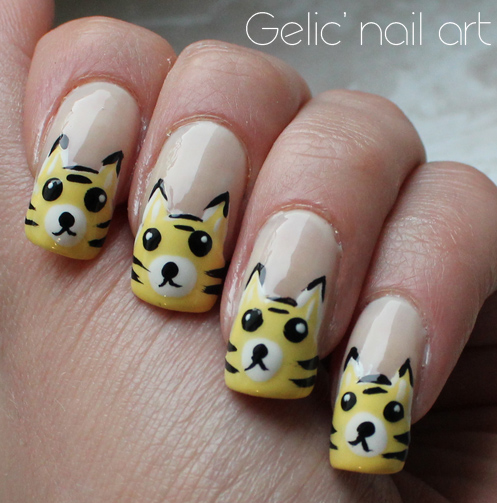 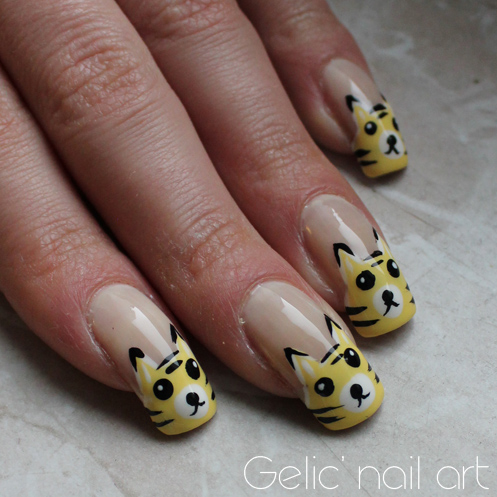 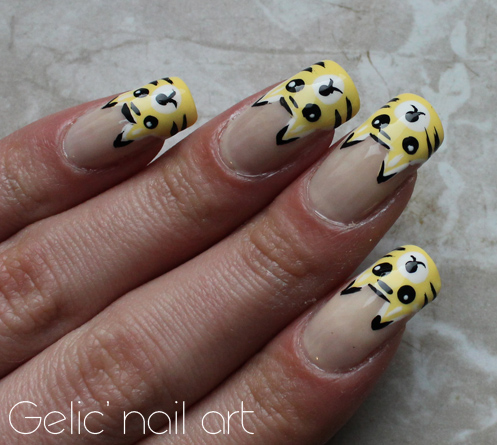 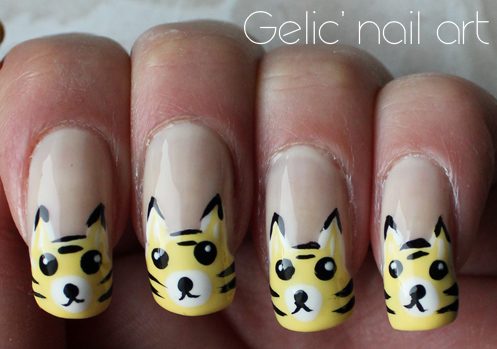 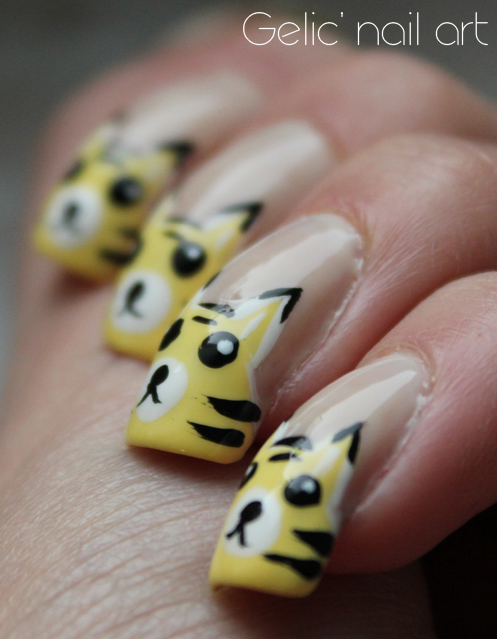 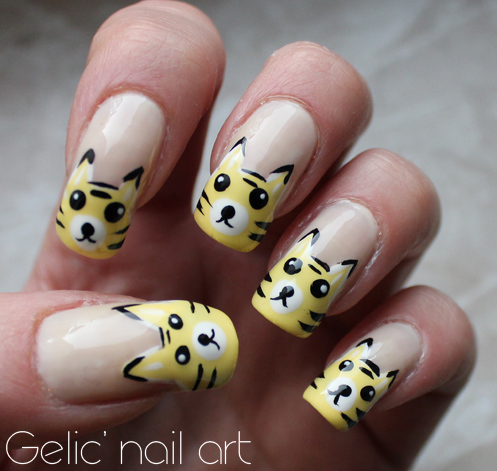 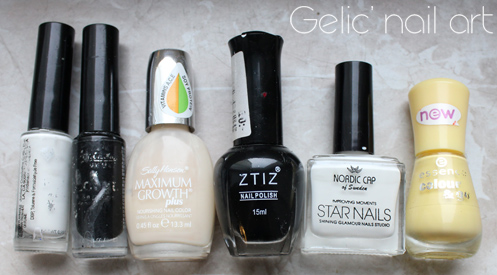 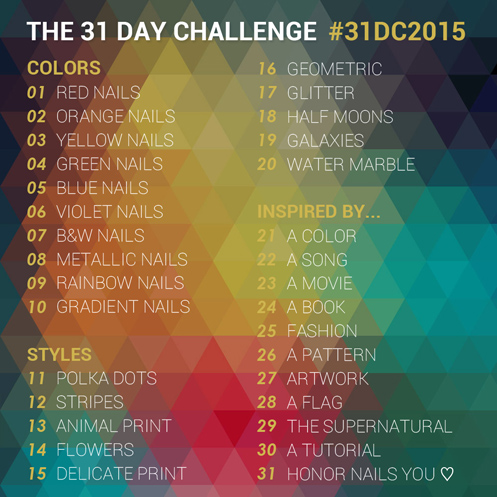 An InLinkz Link-up
Posted by Gelic at 7:30 AM