Most duochromes aren't really meant to have nail art, the nail polish it self is often enough embellishment. Anyhow, after I worn the duochrome for a couple of days I still want to try some sort of nail art on it. The nail art with the large rhinestone and the metal beads are inspired from some Kawaii nail art, even though the one I looked at were more decorated than mine and on all fingers, mine are just accents. 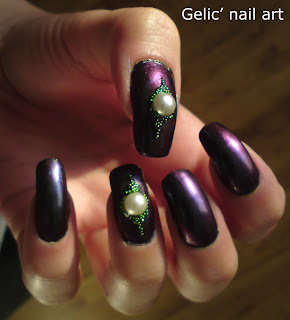 The polish is W7 - Metallic Venus, which I've showed before if you want to check out the polish without nail art. Just click the link. 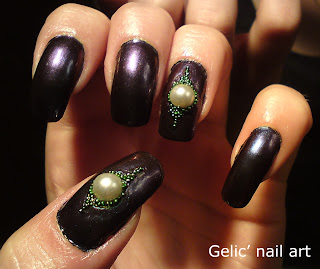 I think that the rhinestones are 7MM which is the largest pearl rhinestones I've got. I glued them on with nail glue and they didn't come of. 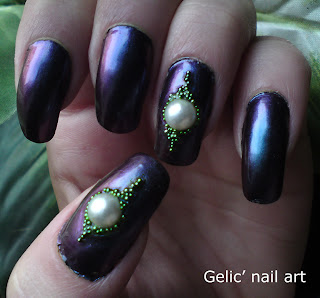 The green beads are regular metal beads bought from ebay, of cause.
Most photos are taken indoors in different light settings. 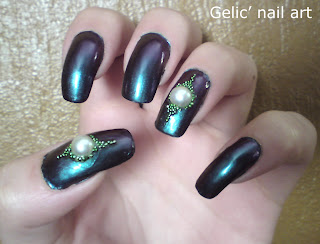 I actually thought that it looked a bit Indian with the large pearl and the positions of the beads. 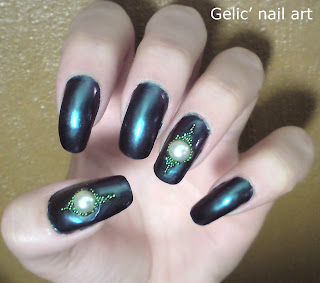 What do you think? Is the decoration too big for your taste? ;)
Posted by Gelic at 1:53 PM