Galaxies.. galaxies galaxies..I wasn't in the mood for the regular ones. When saying galaxy nails they all have the same concept and I will try that out too someday but this time I wanted to make my own interpretation. My first thought was that I wanted a polish that could work as a starry heaven on it's own, I picked Golden Nightmare which I've swatched but yet not shown nor reviewed, it has just stayed hidden in the archive. What I can say about it is that it has it ups and downs, the downside is that it get's gritty and the plus side is that it's a one coater and that the grittiness can be solved with two coats of top coat. With the top coat this is gorgeous, it's not really that dark blue like a real starry heaven, but it do have a bunch of golden glitter or glass-flecks which today will symbolize stars and galaxies. I also attached star-shaped golden metal stud rhinestones on all nails except my accent nail where I placed a bunch of metal beads, and suddenly this nail art turned very edgy and punk rock, however keep in mind it's a punk rock galaxy.. ;) 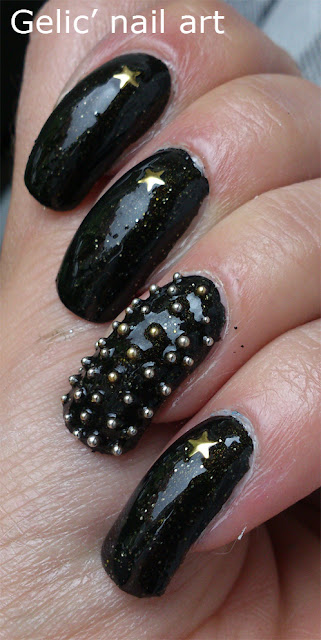 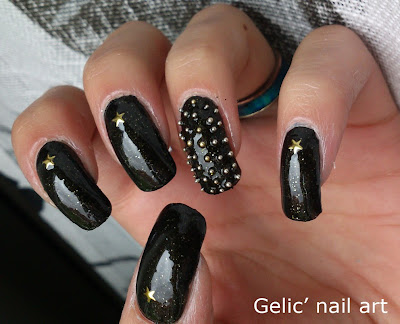 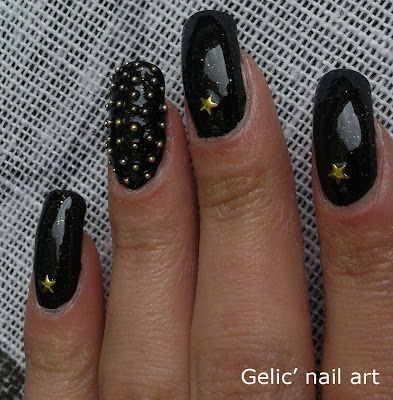 IRL the glitter showed much more than in the pictures and some time I had a hard time getting focus in the shots. I rarely use flash shots but this time I'll show you one (below) because that was the only way to really show how beautiful the polish is 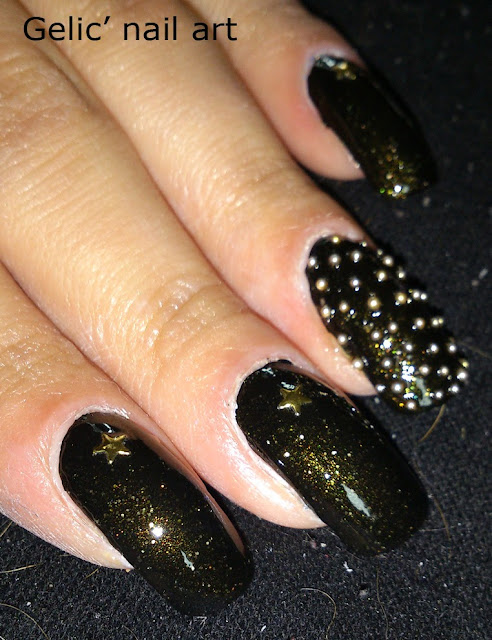 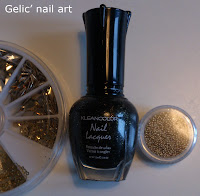 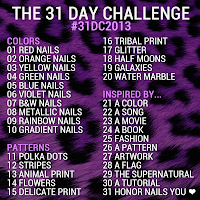