Sunday and Lelack's Nail Art Sunday with the theme "fruits". I decided early that I wanted to do kiwi's even though I've read that they technically are berries. I also decided that I didn't want to use fimos since it feels like i I use them all the time.

So here it is: 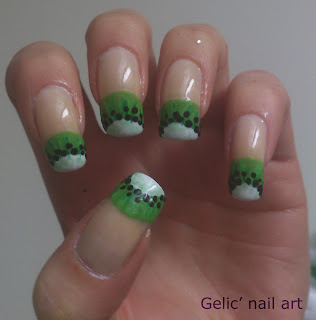 I'm not that content with this, the green "lines" doesn't show so much. I think they look cooler IRL because then I see the lines and the white isn't only white, I've mixed some light green in it too. I've got a new kiwi idea that I'll show another day that I liked way more. :) 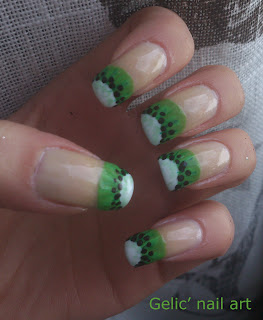 But yea, I like that it's super shiny and things could have been worse. :) 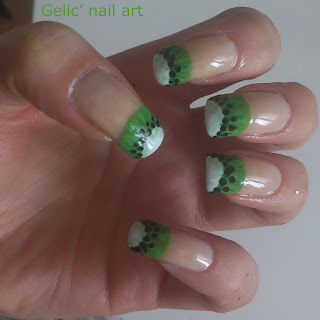 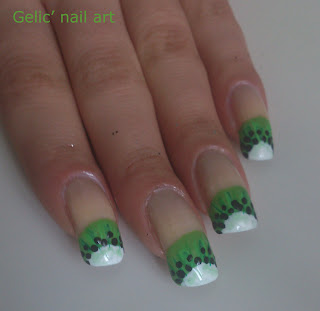 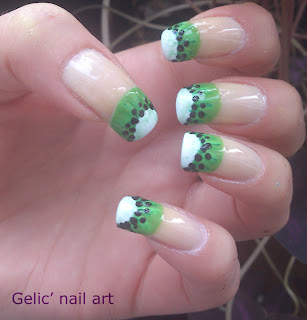