Are'nt things fun, yesterday I said that I should post earlier and yea I was going to, until I realized that internet didn't work. The reason was that someone accidently had damaged the main internet cable while working on something, appearently a large area of mostly northen sweden was affected. Now it's back as you understand.
Yesterday I also said that I'd show a post for my where in the world challenge but I figured since is Wednesday and I've already have a bunch of green in the archive I might as well show that first, and tomorrow I'll do a challenge post. And as usual it's Green Wednesday at Vacker&Underbar. 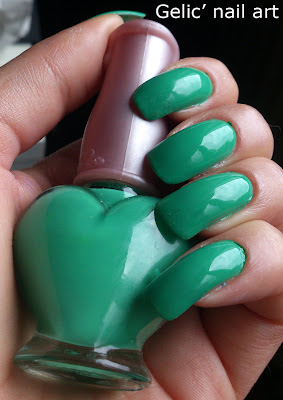 The green I'm showing today I've bought from a woman in a facebook group I'm in, she had bought a bunch of polishes in Thailand (I'd so love to go there!!) and afterwards realized that she didn't need all of them. Since I love green, I bought a "green bag of unknown greens" for a cheap price and this heart-bottled green one below is one of them. 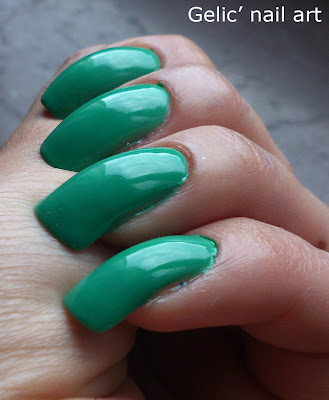 As you can see from the pictures it's a green towards blue and it's a creme and the formula was awesome! It went on like butter, I didn't need to do any clean up and pictures show 2 coats. 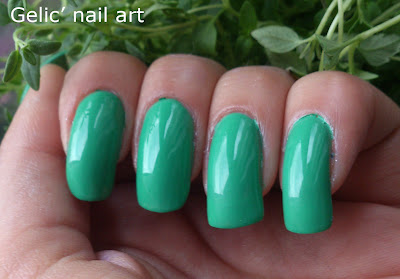 It has no brand name, name or number but I suspect that it could be something from Etude House since the cap is used by them. Or what do you think?
Posted by Gelic at 7:38 PM