Hi, today is no. 7 whit the theme gift in the Great Christmas Challenge and also the last post in this challenge and it has been fun doing this challenge. I like that it has been some time between each prompt, especially now during Christmas when things are a bit more hectic. So a big thanks to Sara at LovingCosmetic for arranging this!

Since Christmas is over (here in Sweden at least) I wanted to make something wearable and not crazy Christmas like. And you say what, but yea, I learned from Lakobotan that in Russia Christmas is celebrated the 6th of January. Then this isn't as off that one could think. For this nail art I went for gold and black and I like the result. And I like how dark the nail art is (some of you might remember that I like black Christmas stuff. Even though I didn't decorate something this Christmas I have a bunch of black Christmas decorations; I think it look elegant..Mostly of my Christmas gifts actually had black wrapping paper and red metallic string around it) and for some reason I've had such an urge to have mostly black nail art's for weeks now.

I could mention a bit more about the nail art. There is actually a gold glitter funky french gradient under everything. Then I used striping tape making the wrapping string and painted the whole thing black, removed the tape and then I attached yellow flower rhinestones. Cool right? 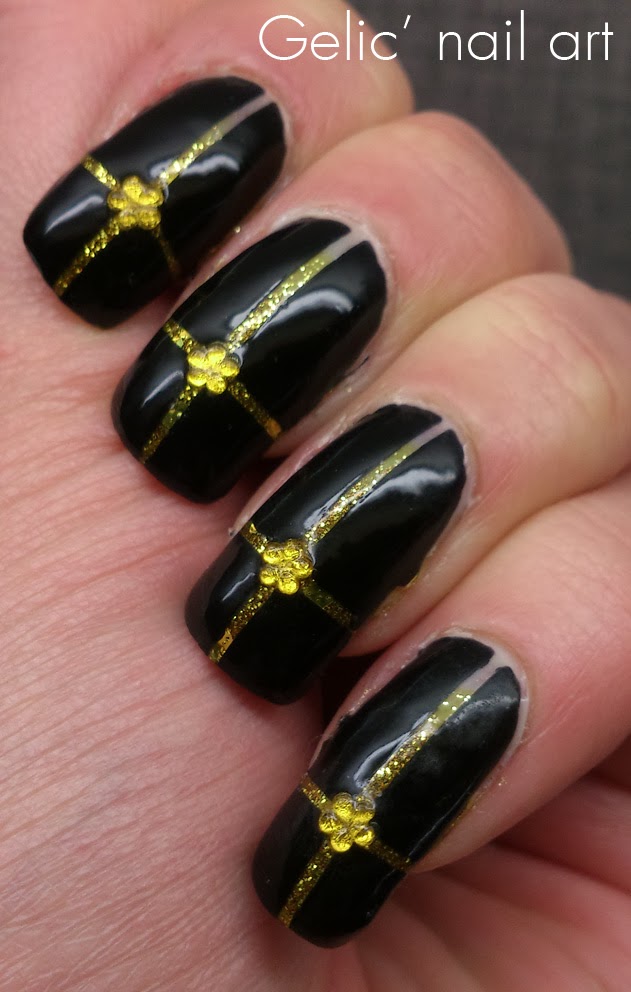 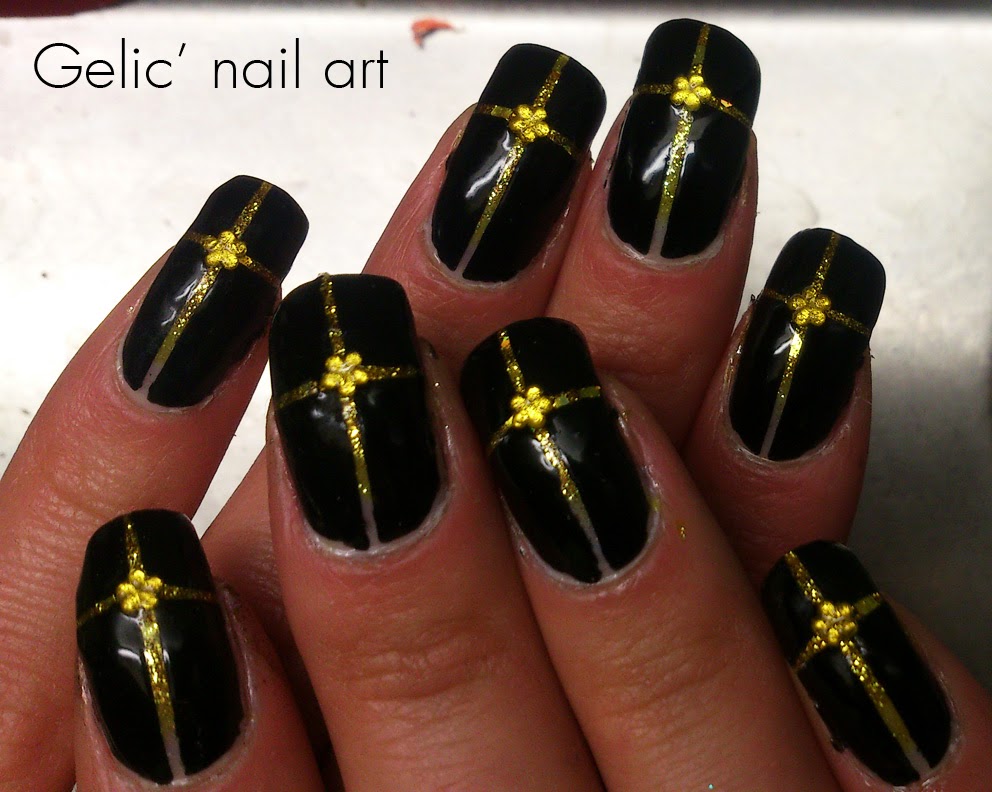 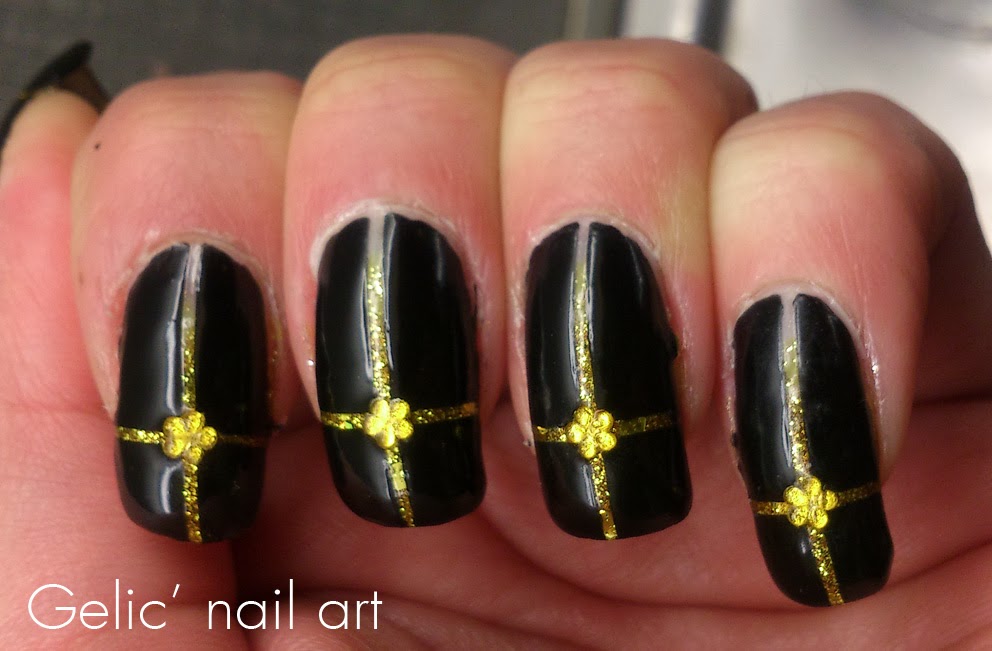 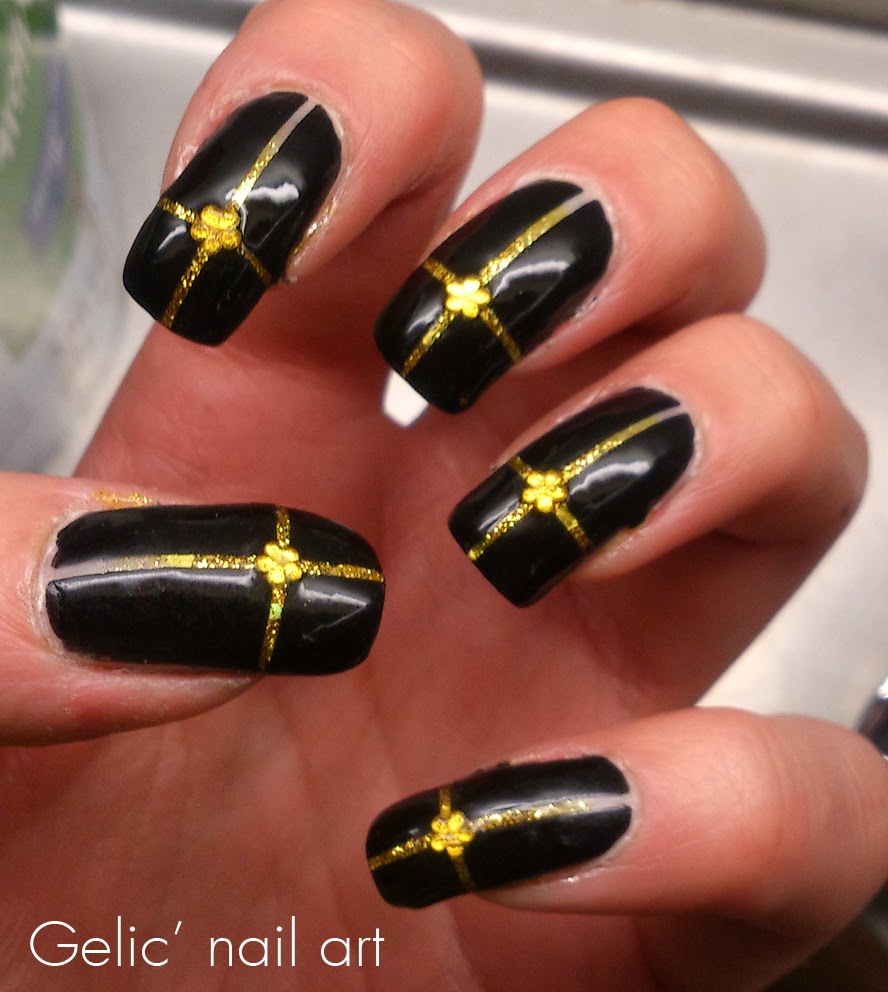 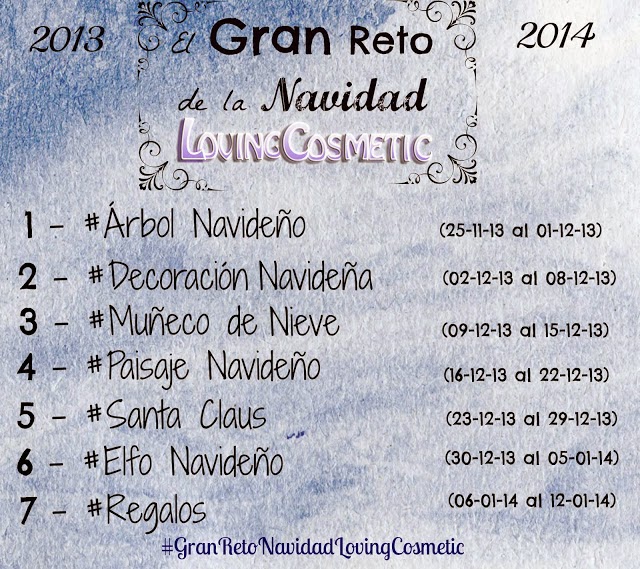