Hare Polish - What I Wore To The Revolution, swatch

This is the first Hare Polish at the blog, I actually bought a bunch of them in the beginning of last year but I haven't really come around to use them properly. Hare seem to have had a lot of positive feedback among bloggers and when I got them they didn't seem to live up to my expectations. But let's look at What I Wore To The Revolution from now known as WIWTTR for short in this post. ;)

WIWTTR has matte red and matte black hexagons in two sizes and also a whole bunch of shiny silver/pewter metallic micro glitter in a clear base. And this is the first problem, when wearing this I realized that I don't like shiny glitter mixed with matte glitter since the tiny micro glitter makes everything looks shiny which I don't like, when it's matte glitter I want them matte..
My second problem, which was self-inflicted, was that I thought I could make it cover. Below is five coats but as you can see it doesn't really build up to opacity. I have one coat of TC but for perfect smoothness I would have needed two. The plus side though is that it didn't end up even the tiniest bit being of feeling thick on the nails, it feels like two coats on the nails. However, this is obviously mainly a layering polish. My verdict then, WIWTTR could have been a favorite if the micro glitter wouldn't have been present and if the polish could be opaque alone. But, I still like it, it feels different and maybe I'm enchanted by the photos (I think it look better in the photos than IRL) but I'll definitely use it more times and maybe incorporated in a nail art of some kind. :) 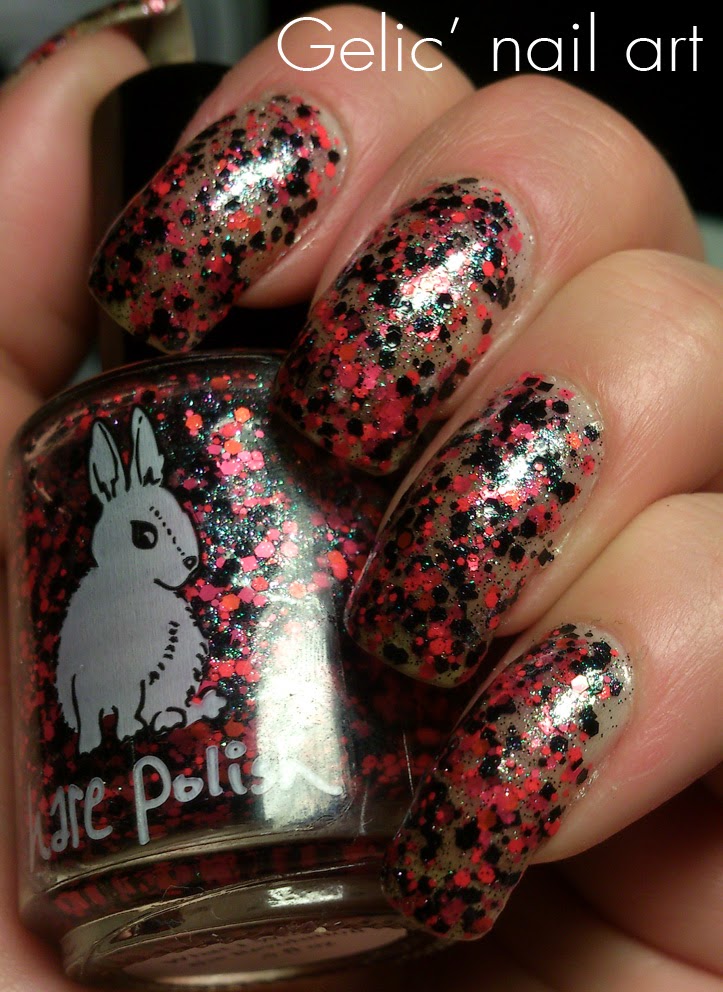 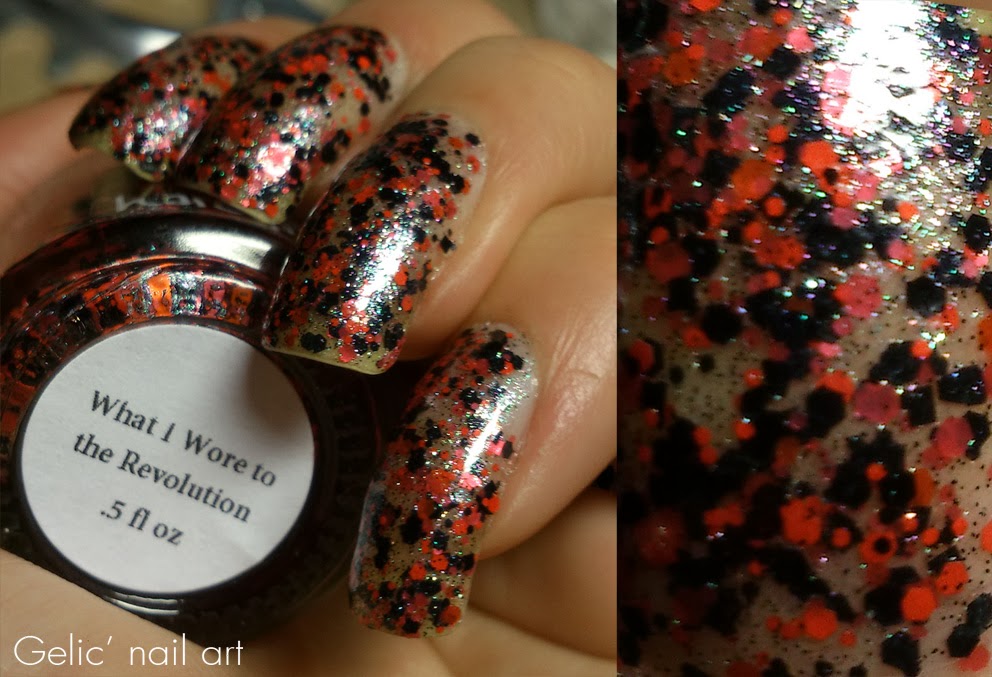 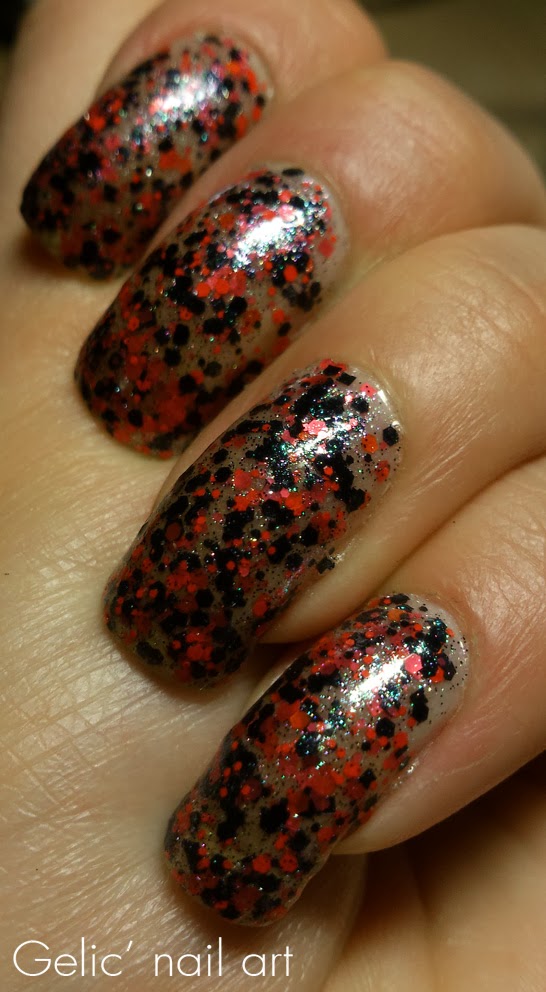 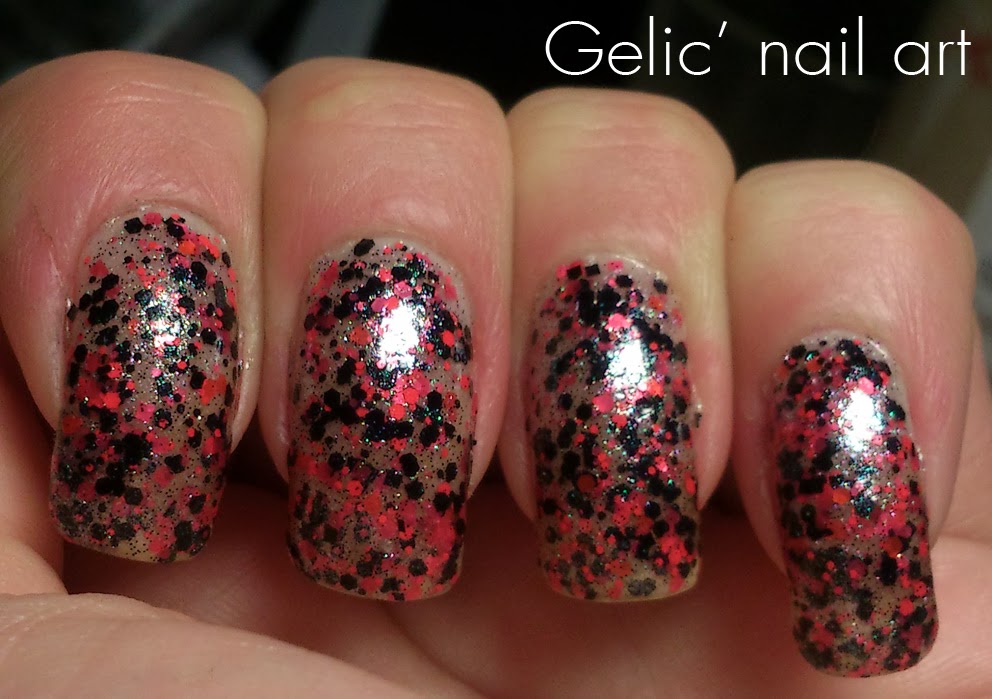 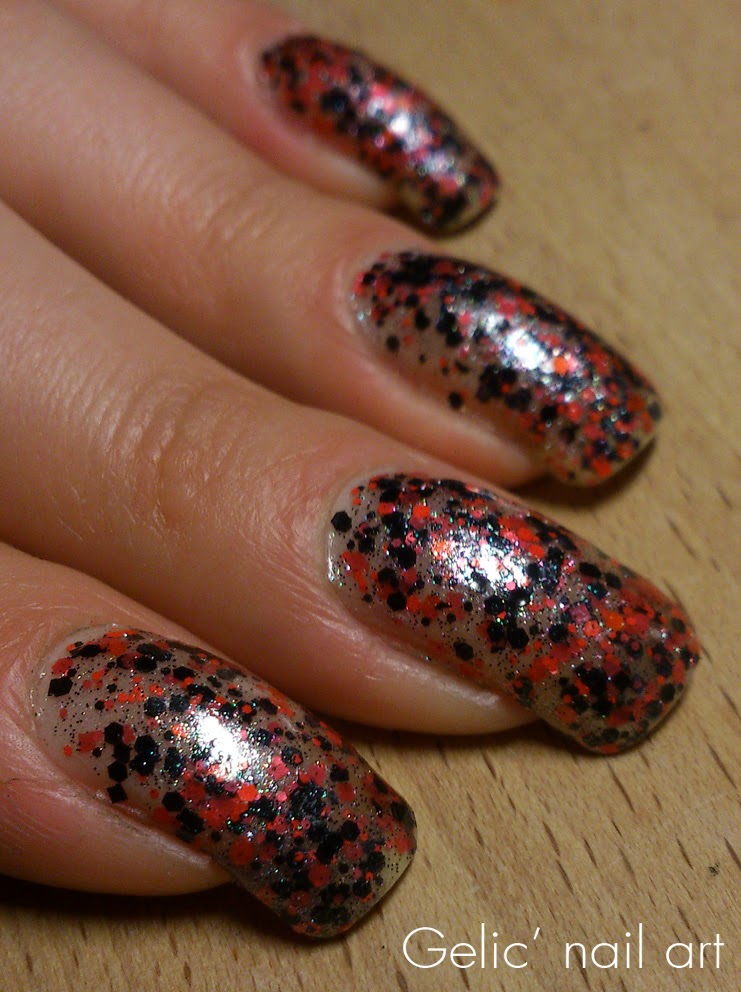 I don't know if this is red enough, but if it is I'm joining Nerdcolours' Red Tuesday where more red polishes will be shown in a collage. ;)

What do you think about this polish? What is your experience of Hare Polish? What do you think of this version without base, too naked? And if you had any suggestions of base color for this to be layered with, please help me by commenting below.
Posted by Gelic at 6:00 AM