New base polish to try - Seche Base

Got home a new perfume (a non spray one) today so I opened the cap to relive the scent and when I close the cap drips splashed right into my eye. 2 hours later it still feels weird in the eye, lol.

Today I'm just going to make a quick post about the base coat I'm using for the moment. Three bottles in a row I've used China Glaze - Super Strong Adhesion. And I think it has worked really fine, no chipping and not really any noticeable staining more than the usual which comes with nail polish use.

I'm really into large bottles (newer ending supplies) so I decided to try a new base coat. This time Seche Base - Ridge Filling Base Coat.

I don't really have a ridge problem at all, my nails are pretty smooth, but now during winter my nails have been brittle so I've been forced to "tea-bag" some minor damages and I figured that maybe this base coat could smooth the fixes up with less polish. 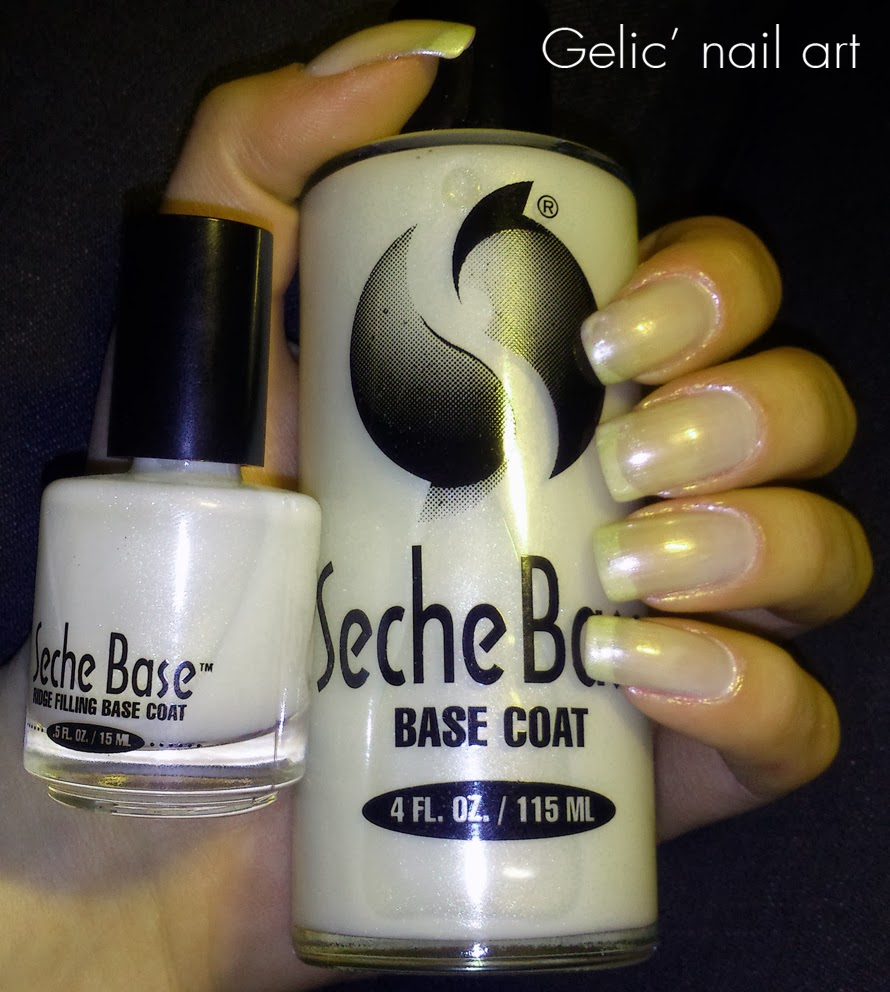 When I got the polish I realized that it was shimmery, which I didn't like but luckily it doesn't show so much on the nails, especially not at all with one coat. For fun I tried on two coats on the picture, to see how "white" it looks and it do look a bit white (even though the flash make it look whiter than it really is). So far I still like it, I think it will work great with french manicures (which was the reason why I was worried about the shimmer in it). Now I don't have ridges so I don't know if it work with that and I'm not sure it really helped covering the patches that much, maybe little? Other than that it seems very much the same as my previous base polish (like after a week's usage).

I guess I'll try the other Seche Base next time for reference. It's transparent and just a regular base polish. Some how I like the idea of the same brand behind both the base and top coat (since I love Seche Vite), like if there are more compatible. Not like if I've had any problems before though.


I'll update if I discovers anything new about this.

Have you tried this base coat? For me most base coats are just the same - just the price that differs, but is there any base coat that really sucks and that you really can't recommend?
Posted by Gelic at 6:01 PM