For this Nail Art Sunday (the last one this year!) I'll show you a New Years nail art, however I think that it would work all year around. It's very classical and in my eyes very beautiful. Sadly I can't take credit for the design, I saw something similar for some years ago and this is my interpretation. Enjoy! 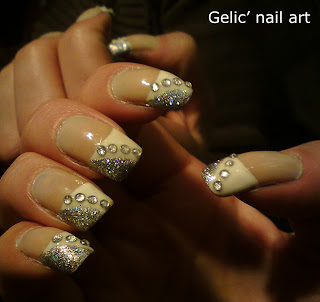 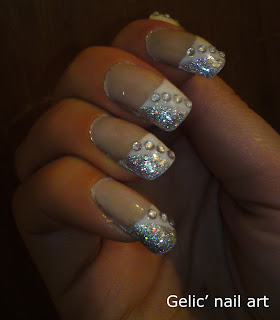 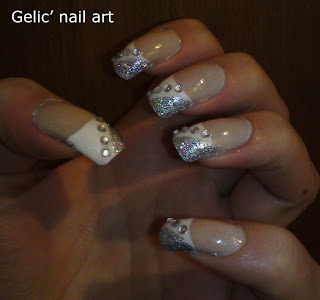 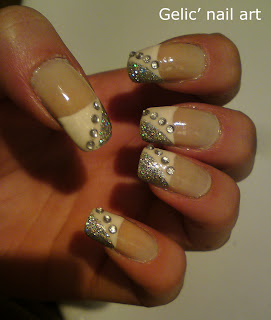 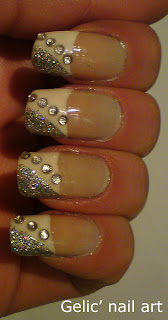 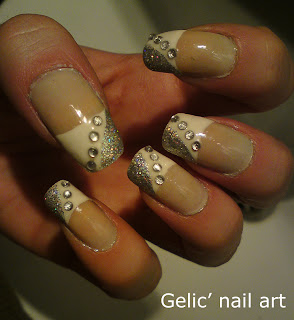 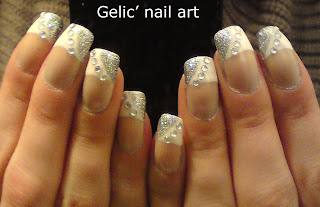 Something I'll change till next time is to either use 1MM rhinestones instead of 2MM's or having just three rhinestones in a row, in stead of four. I think that it will look better then. Another thing worth mentioning is that after I'd done the french manicure I added the silver holo as a base, I then added the large silver glitter. I did this so that I could use less coats of the glitter making so it wouldn't get too thick.