Day 13 is animal print in the 31dnc, I like making animal prints of different kind and I think what I've done the most often is zebra/tiger stripes (it has appeared 19 times in the blog so far) and on second place came leopard spots (appeared 8 times so far). So looking at it like that it felt like I needed more leopard spots. ;) I also liked the idea of a gray tone color combined with a neon color.

I decided to use HM - Hunt me down as my "gray toned" color.. but realized that it actually was more bright and colored than I thought, so the contrast in colors to the pink wasn't that big. I must also say that the pictures doesn't feel 100% color accurate, the green is lighter and the pink is way brighter and more neon than the pictures show! Anyhow, I like the result, even though it wasn't what I first planned. 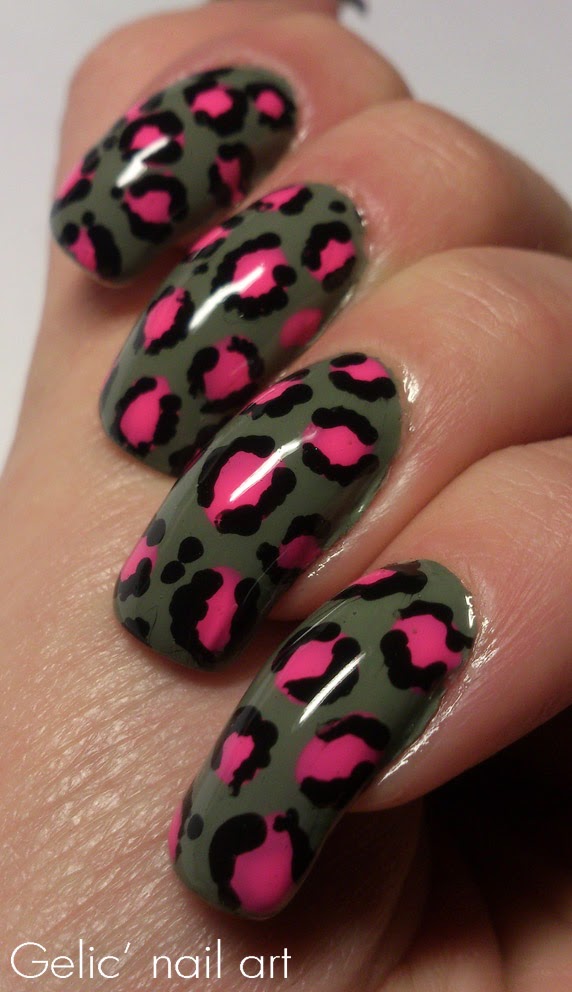 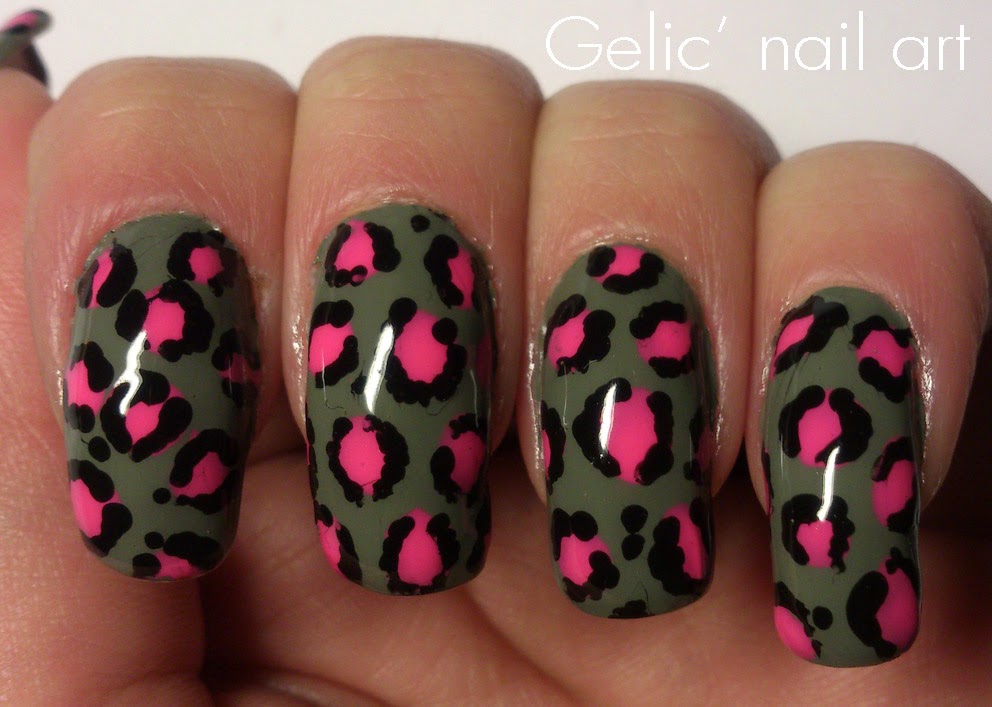 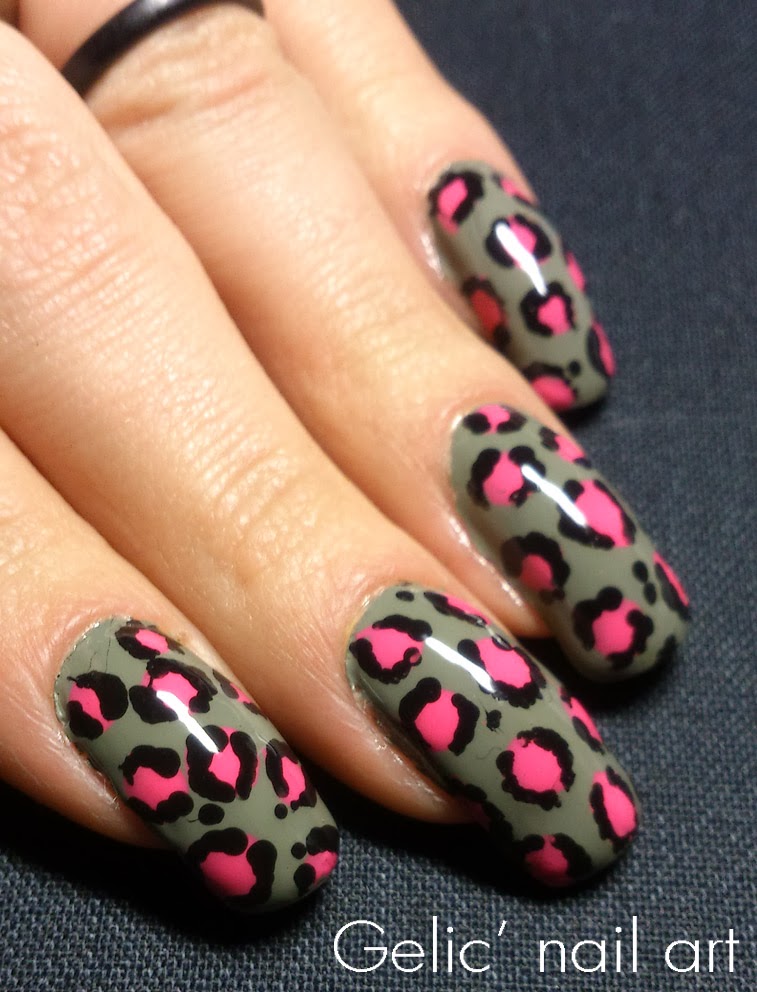 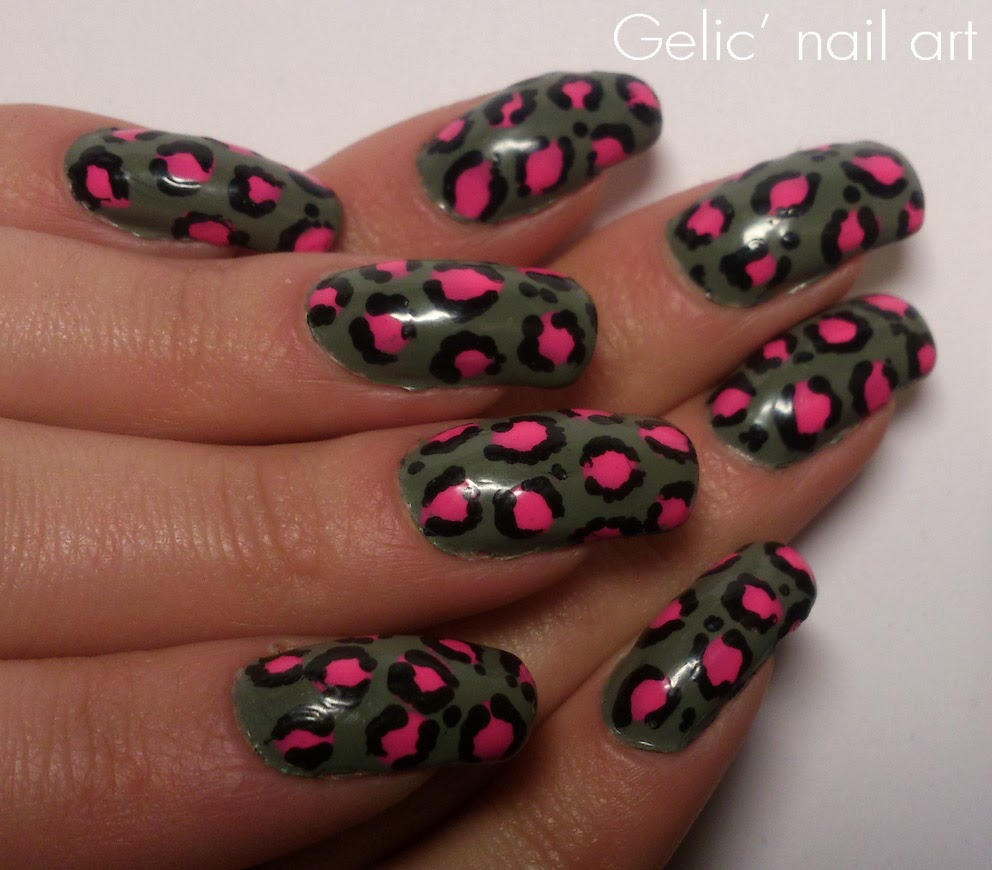 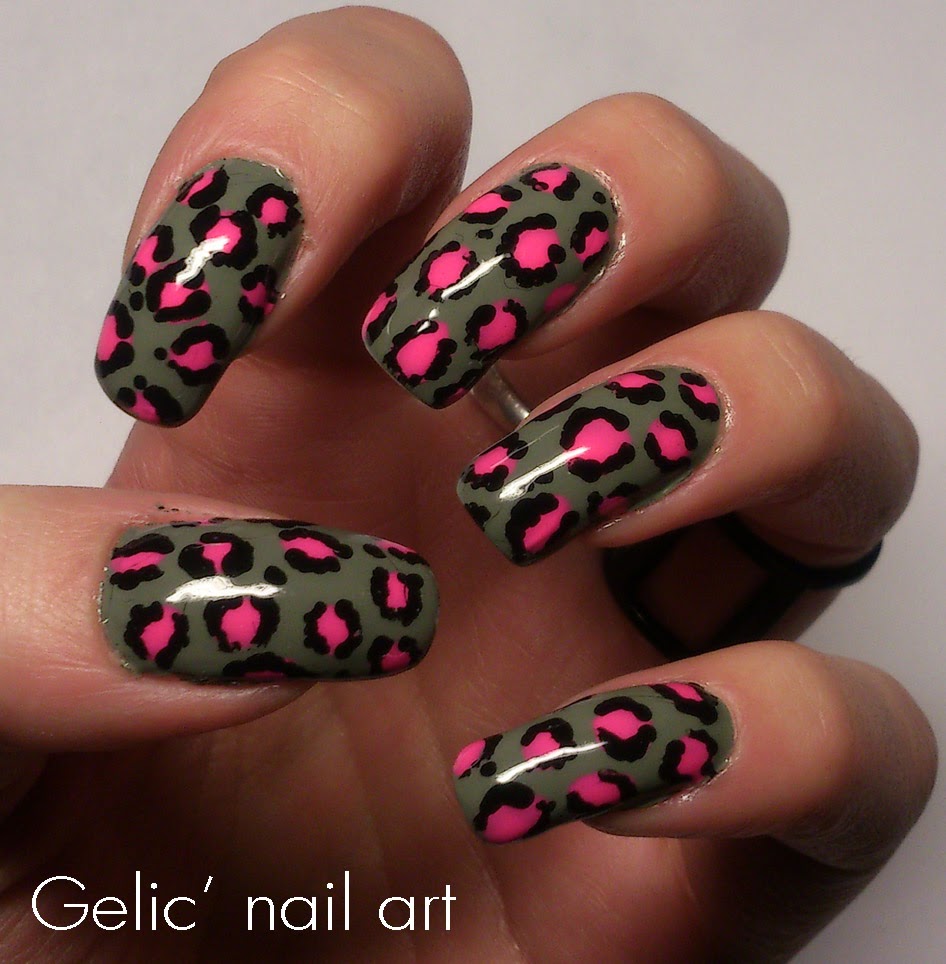 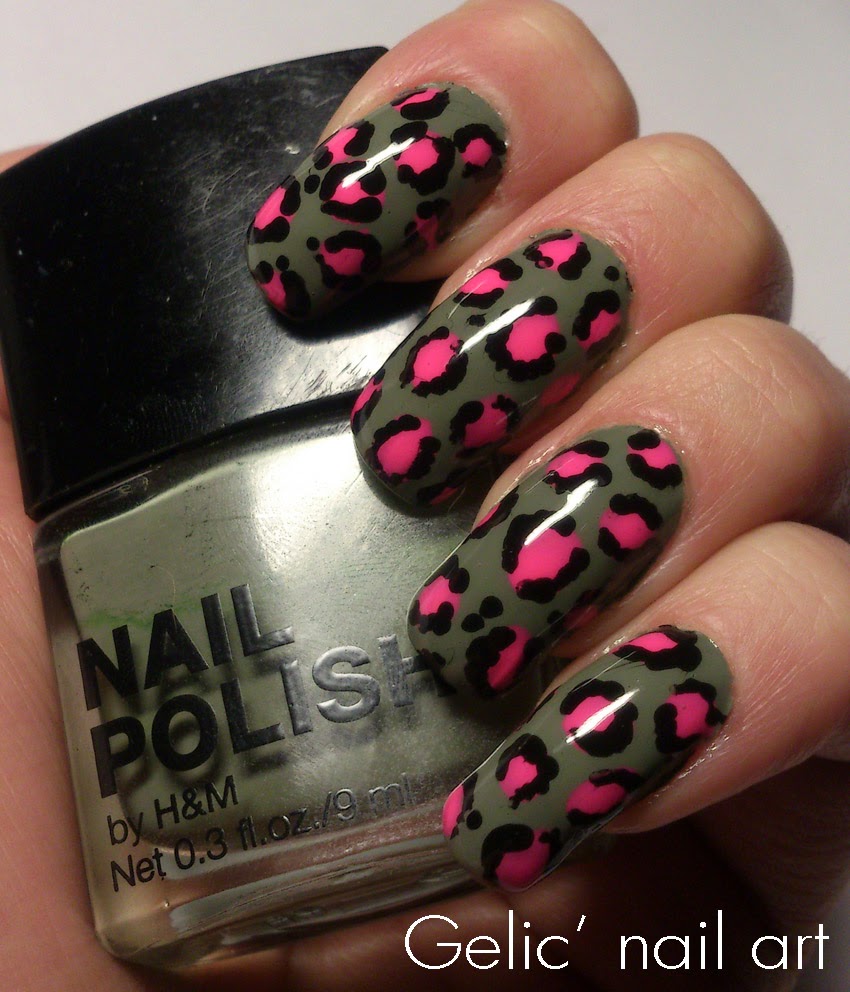