Studded watermarble in purple and orange

No. 20 in the 31dnc is water marble and I had a plan of combining orange and purple for this one. I also decided to have two accent marble nails of each hand and neon studs! I used a white base for the nails I water marbled with and I think that was lucky. As I suspected orange and purple mixed to harsh get brown which meant that the normal method of adding lots of polish to the water marble to increase the saturation didn't work, because these particular polishes started to mix to brown. Instead I used little polish and the marble looks a bit pastel like. However I really liked the result, especially with the square metal studs on all the nails. And btw, my black metal studs I've painted black my self, thought they added a cool contrast to the pastel thing going on. Hope you like this. :) 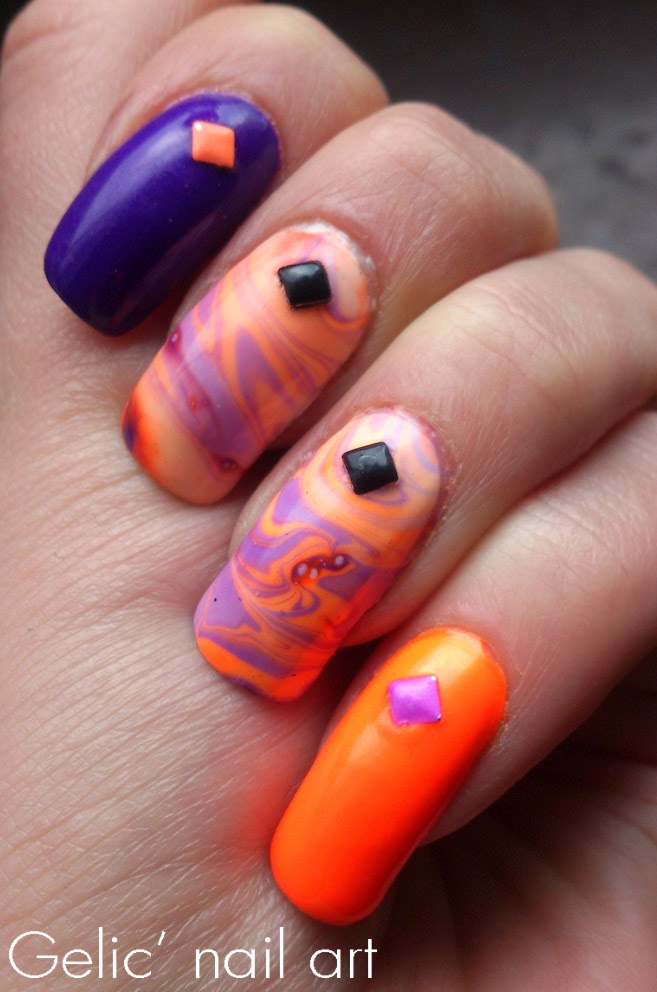 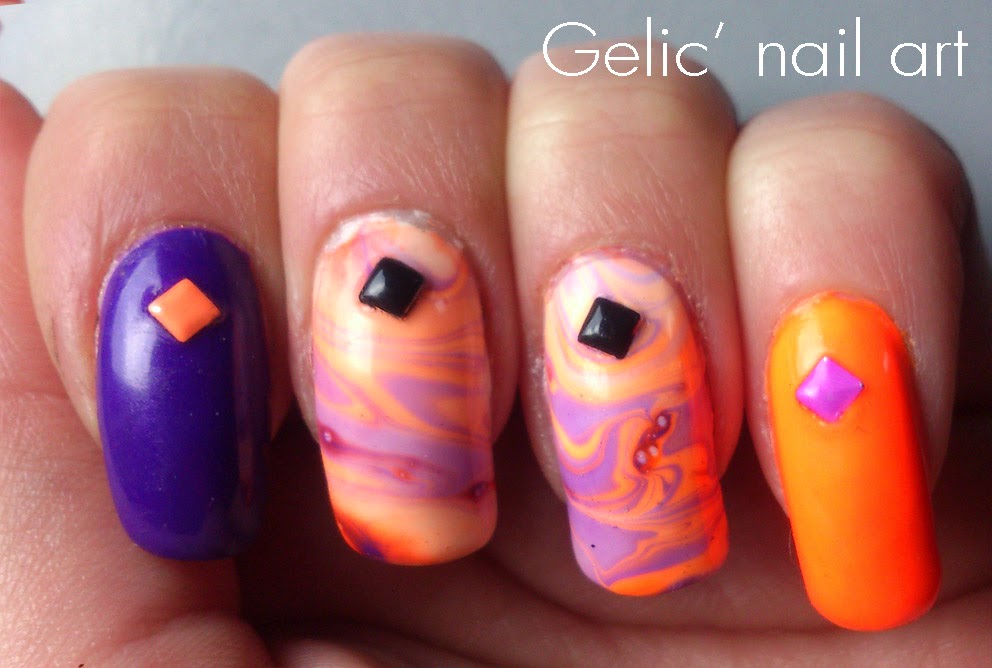 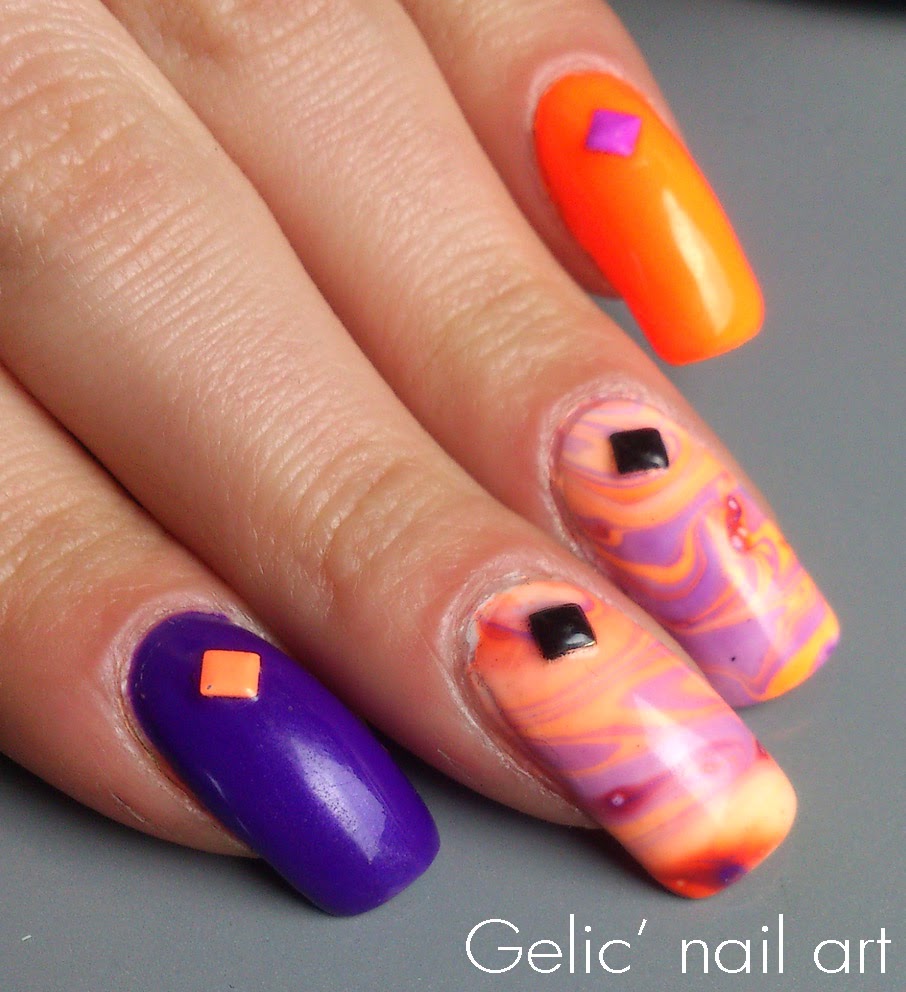 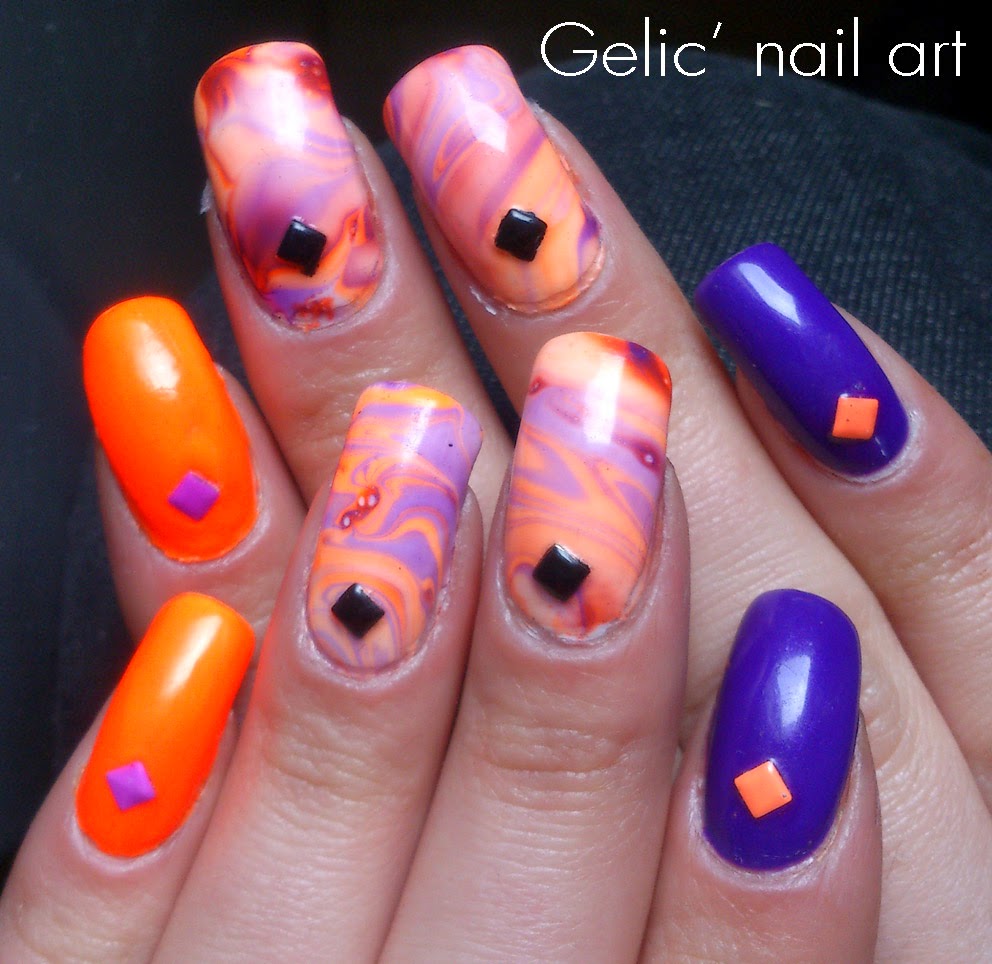 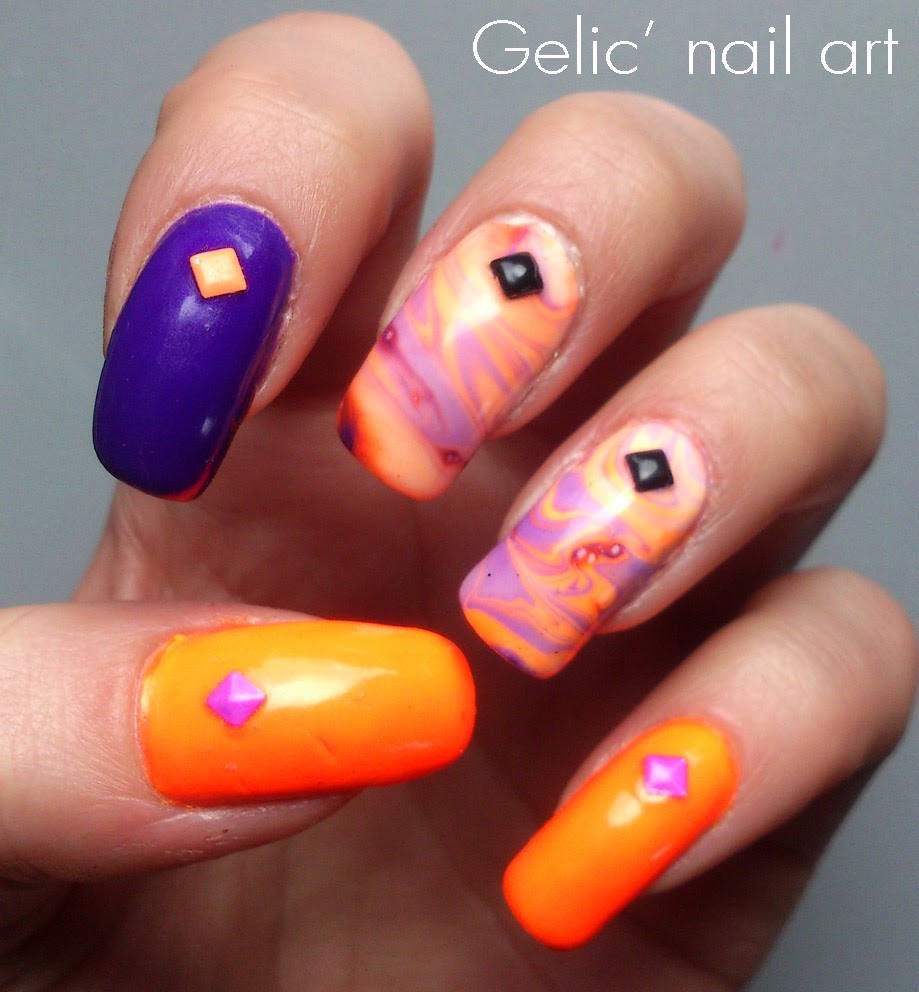 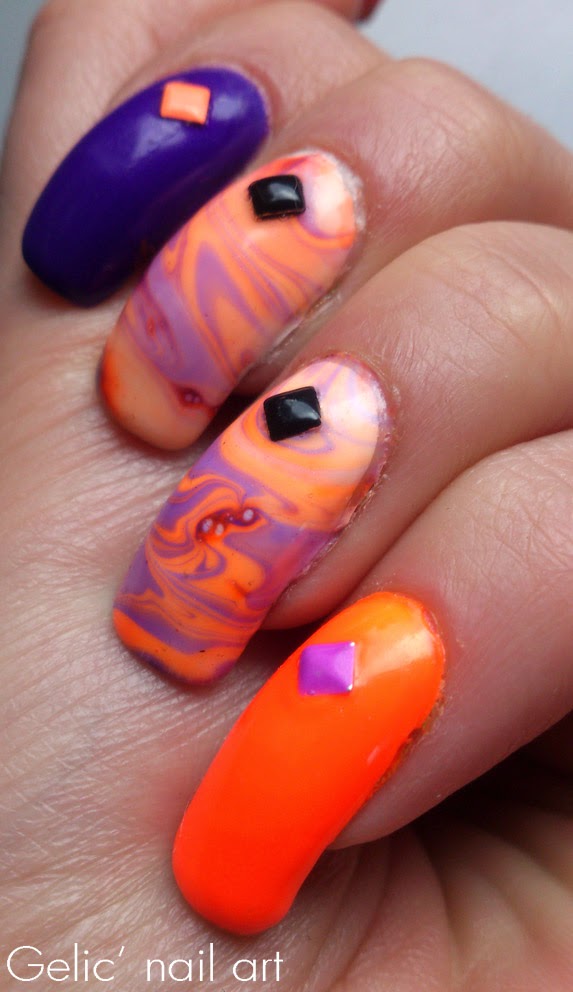 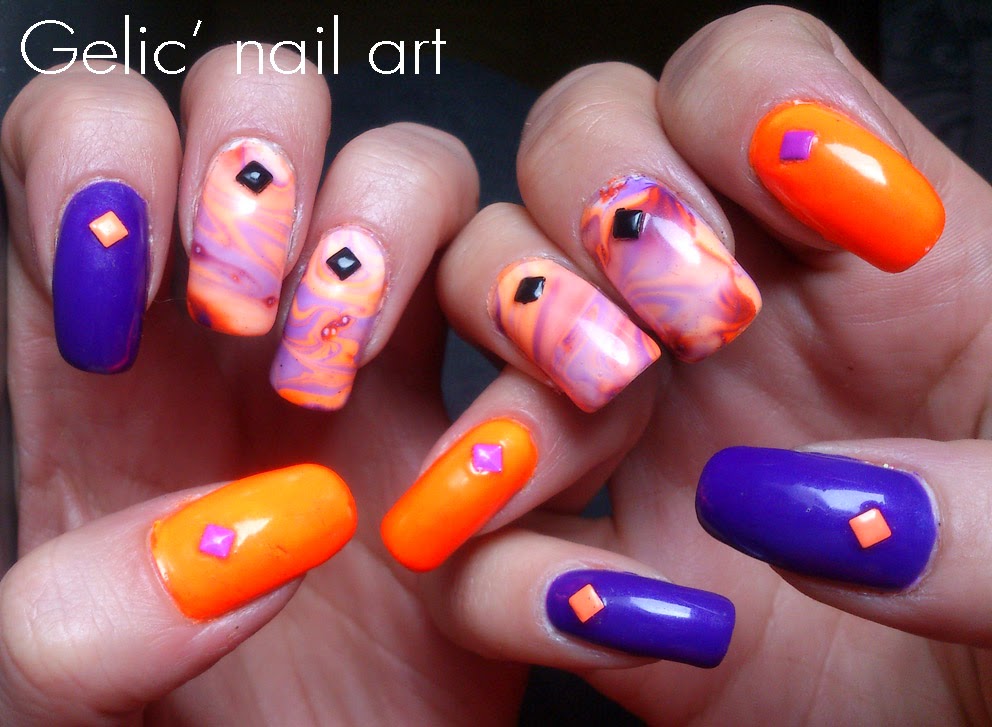